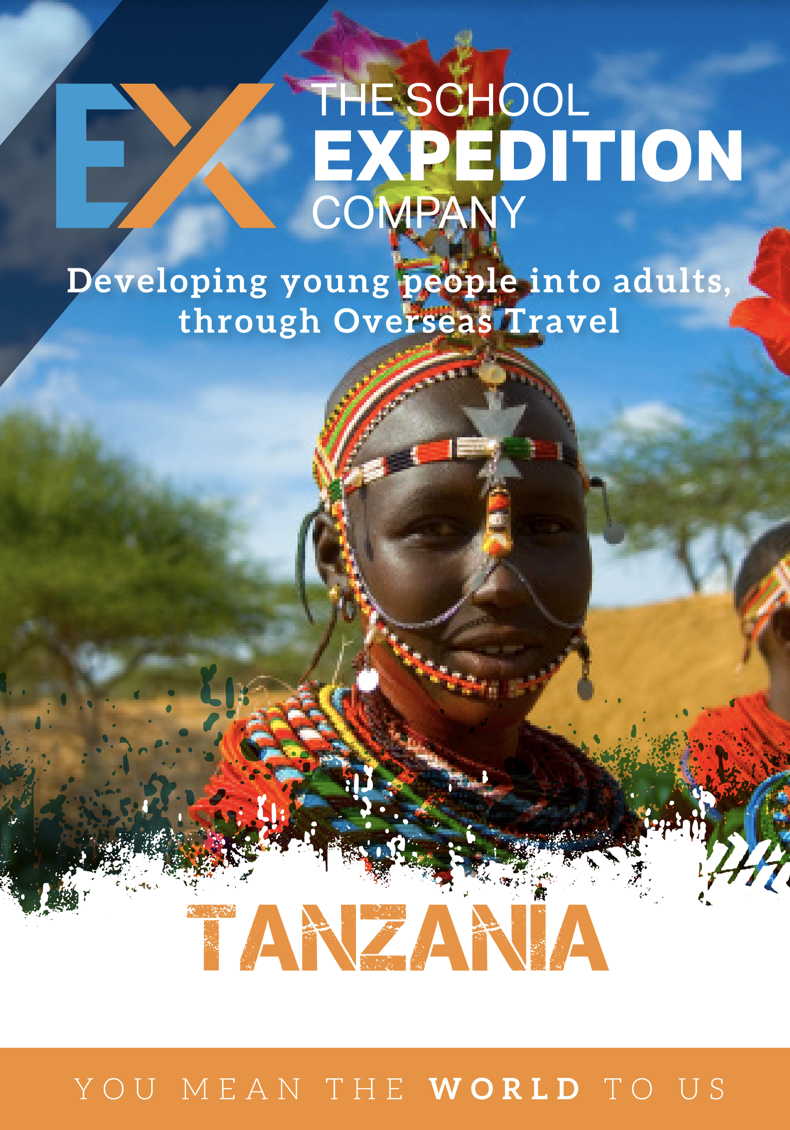 This is an expedition featured on many schools bucket lists!

With its extra-ordinary positioning, this incredible country ranges from dazzling coastline (the Indian Ocean) to the rugged Great Rift Valley, filled with vast lakes, volcanoes and sweeping savannahs, but keep an eye out as the lions, elephants and Rhino’s run freely.

Why not challenge your students to trek up Mount Meru (4,895m) or the highest mountain in Africa, Mount Kilimanjaro (a whopping 5,895m).

The locals make any trip special – they are colourful, friendly, inquisitive and always smiling.

Tanzania is a popular East African destination for visitors, it has many natural attractions including Zanzibar, Mount Kilimanjaro, the Serengeti and the Ngorongoro Crater. Tanzania is a large country and its infrastructure isn’t great so it takes time to get around. Tanzanians have a very friendly reputation and other than petty theft, violent crime is quite rare.

The country is mountainous in the northeast, where Mount Kilimanjaro, Africa’s highest peak, is situated. Three of Africa’s Great Lakes are partly

within Tanzania. To the north and west lies Lake Victoria, Africa’s largest lake, and Lake Tanganyika, the continent’s deepest lake, known for its unique species of fish. To the southwest lies Lake Nyasa. Central Tanzania is a large plateau, with plains and arable land. The eastern shore is hot and humid, with the Zanzibar Archipelago just offshore.

Tanzania’s numerous parks and reserves offer many climbing options for the avid explorer. Hiking trips and mountain climbing in Tanzania is becoming a popular option for visitors not content to observe the country from the back of a game viewing vehicle. Instead, adventurous types are taking advantage of the many trails and peaks Tanzania has to offer. Climbing Mt. Kilimanjaro is the highlight of most visitors’ experiences in Tanzania. Few mountains can claim the grandeur, the breathtaking views of Amboseli National Park in Kenya, the Rift Valley, and the Masaai Steppe, that belongs to Kilimanjaro. Hiking on the ‘rooftop of Africa’ — the highest point on the continent at 5896 metres — is the adventure of a lifetime, especially because, if paced well, everyone from seasoned trekkers to first-time enthusiasts can scale the snowy peak.